Distracted driving can cause crashes, injuries, and even death; it's a prevalent public issue that the American Academy of Orthopaedic Surgeons (AAOS) continues to champion. But what about distracted walking? What are the consequences of pedestrians talking on the phone, texting, listening to music, or engaging deeply in conversation with the person next to them?

"Today, more and more people are falling down stairs, tripping over curbs and other streetscapes and, in many instances, stepping into traffic, causing cuts, bruises, sprains, and fractures," said Alan Hilibrand, MD, chair of the AAOS Communications Cabinet. "In fact, the number of injuries to pedestrians using their phones has more than doubled since 2004, and surveys have shown that 60% of pedestrians are distracted by other activities while walking."

In 2009, AAOS launched the "Decide to Drive" campaign to educate children, teens and adults about the dangers of distracted driving.

More recently, AAOS expanded its injury-prevention efforts to include distracted walking. The "Digital Deadwalkers" radio and television public service announcements (PSAs) distributed in 2015 and 2016 humorously, but effectively, highlight what can happen when pedestrians focus on anything or anyone other than the task of safely getting where they need to go.

AAOS Study on the Perceptions and Behaviors Associated with Distracted Walking

To learn more about the perceptions and behaviors associated with distracted walking, AAOS commissioned a Distracted Walking Study in 2015. The study involved 2,000 respondents nationally, and another 500 respondents in each of the following eight cities: New York, Los Angeles, Chicago, Philadelphia, Houston, Phoenix, Atlanta and Seattle.

First, while 78% of U.S. adults believe that distracted walking is a "serious" issue; three-quarters of Americans say it's "other people" who walk distracted. Only 29% of respondents admit that they, personally, have an issue.

And the sense of "it's not me, it's you" cuts across a range of distracted walking behaviors:

Can We Walk and Talk at the Same Time?

One of the challenges in combatting distracted walking may be that many Americans are overly confident in their ability to multitask.

When asked why they walk distracted, 48% of respondents say "they just don't think about it," 28% feel "they can walk and do other things," and 22% "are busy and want to use their time productively."

Perceptions Vary by City and Region

Your perception of the issue may depend slightly on where you live. For example:

Other research studies highlight the many dangers of distracted walking:

To be safe and alert when walking, keep in mind these important tips: 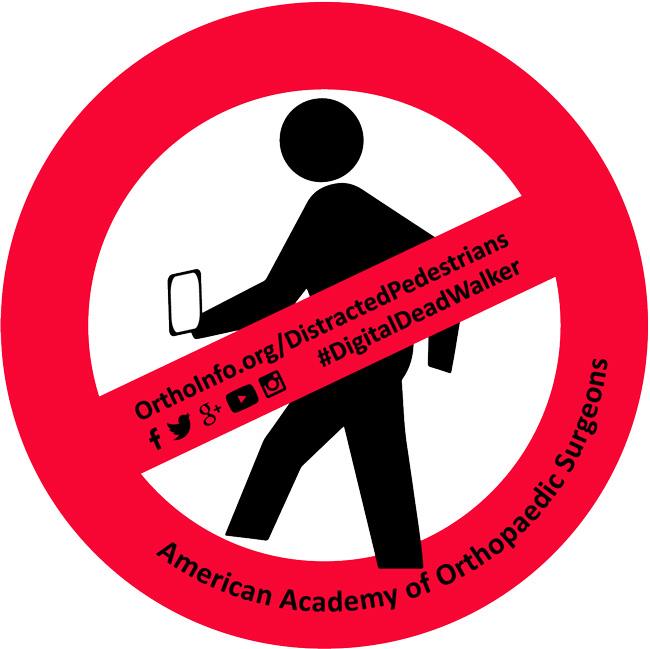 Press Release: Distracted Walking—A Serious Issue for You, Not Me

Related Resources from Other Organizations:

Headphone Use and Pedestrian Injury and Death

Impact of Social and Technological Distraction on Pedestrian Crossing Behaviour

Message to Self: In 2015, Stop Texting While Walking

National Highway Transportation Safety Administration: Everyone Is a Pedestrian

Pedestrian Injuries Due to Mobile Phone Use in Public Places

Safety Experts to Pedestrians: Put the Smartphones Down and Pay Attention

Texting and Walking: Strategies for Postural Control and Implications for Safety